Victory Is In The Heart 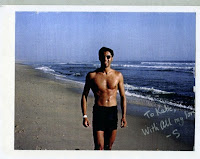 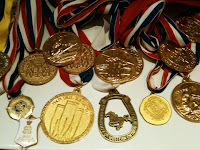 As a varsity oarsman at the University of Toronto, I used to prepare for regattas by watching the San Francisco 49ers. I loved the teamwork between Jerry Rice and Steve Young against any team especially the NY Giants. The 49ers would inspire me to really focus on my own race.
I began rowing at my boarding school Ridley College, which has the tradition of developing some of the finest Canadian oarsmen. Our lightweight crew won Canadian Schoolboy.
While attending the University of Toronto - our Varsity Lightweight Men's 8 won all major races in North America. We also flew a straight four to the Henley on Thames to come second to the University of London in the heavyweight open final. After that, we won the Royal Canadian Henley and three of us made it to the Canadian National Team. Thank you 49ers for the inspiration and ceaseless spark of athleticism. I have always remained a fan!
Posted by Saurabh Sharma at 5:51 PM