Never Stop Making Waves: Harder You Train The More Luck You Have

It is personal record season. A personal record is the most important mark in swimming, running, erging, lifting and sweating. It is the measure of a swimmer's fastest time over a certain distance. It is also a measure of dedication and courage. It is pure, symbolic and incredibly hard to attain. PR's measure the evolution of the athlete and the progress of the sport. At every level, the pursuit of personal records in swimming as in life is performance at its very best. 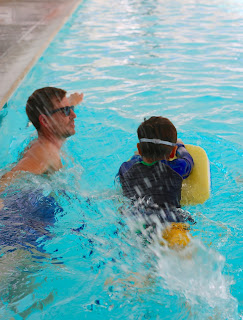 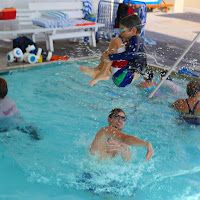 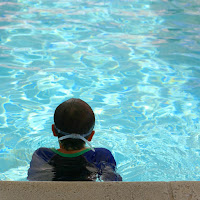 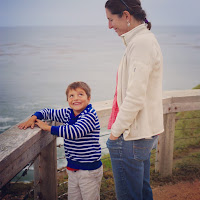 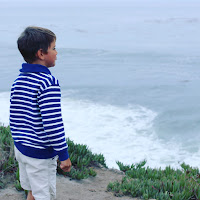 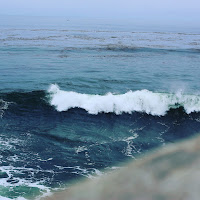 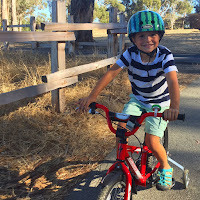 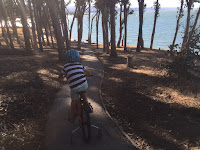 Posted by Saurabh Sharma at 1:31 PM No comments:

There is something mysterious that great swimmers have, an intrinsic feel for the water which is both self-evident and indefinable. Swimmers must be comfortable in their heads; they must be able to withstand and even enjoy, long stretches of conversation with themselves. In the water, thoughts have an unmoored, weightless quality. They drift, circle, repeat and weave together according to a rhythm maintained by counted breaths and punctuated by flip turns like cymbal flourishes. It's one of the pleasures of swimming–the unexpected places that the mind will wander. As fall approaches, our son takes to the pool for intense one-on-one lessons with Robert Verner at the Bay Club in Redwood Shores to continue his mastery of the waves. 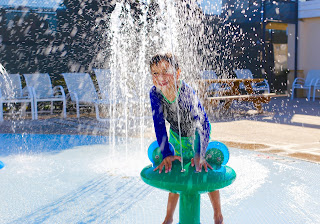 Posted by Saurabh Sharma at 7:20 PM No comments:

Be More Than A Number: The Men Who Mentor Us

"A child's education," they say, "begins at home." It's a rather benevolent adage, but my father is a living testimony to its perspicacity. My father and I didn't talk about sports or medicine when I was a child. We would talk about art, culture, economy and countries, about traveling to Paris or London. I was never bored–I loved it. It seeped into my mind. To this day, it all affects the way I see the world, it affects what projects I go into and it affects how I approach them.

To say this donnish father figure had a potent influence on me would be a woeful understatement. When he worked as a surgeon at a small hospital that he quickly grew into a huge hospital serving both the natives and the oil companies in West Africa or initially as a liver transplant surgeon at Cedars in Los Angeles and then retraining as an anesthesiologist and starting his own group of 25 physicians.

the age 11 to attend an elite boarding school in southern Canada. The separation from my family was traumatic but I quickly got over it. My father told me "You don't know what a sacrifice it is for me to send you away–you are my only child."  This was in 1983. The school looked like it hadn't changed much since 1889. Initially I was homesick, I was culturally sick–I felt like I was completely disconnected from everything I knew. There were no cell phones and mail to and from West Africa moved at about the speed it did during the American Civil War. I was the only Hindu there–or for a 100 mile radius and became friends with the only Jewish kid.

It sounds onerous, especially for an adolescent. But this taught me independence, self-reliance and the ability to move effortlessly between different worlds. It helped me not to let my entire identity be tied up with my father's position, wealth or power–these things can just come and go–and my life became non-reliant on the things that had traditionally made it easier. In fact, I had six very happy years at Ridley and I am now planning to send my only child to the school as well.

We came to the USA through Canada in the early 1990s. My father was part of the liver transplant team at Cedars in Beverly Hills. He wanted a career change and retrained in cardiac anesthesia and set up his own group serving wealthy patients from around the world who wanted world class medical treatment. As the chief of anesthesia he tackled the hardest cases in clinical medicine including open "sticky" hearts and neuro cases that required a delicate balance of art and science. 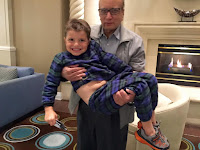 Today, as he relaxes at his home in Beverly Hills with my physician Mother, he still finds the time for all his passions and interests–so diverse in their nature. Funding motion pictures, putting construction deals in various parts of the world, spearheading clean tech ventures in Los Angeles, tackling the hardest cases in clinical medicine–now in Hollywood and giving back by teaching at the USC school of medicine. At a young 74 years, I see him engage with reality at its most divine, innovative and edifying. What is a pretty safe bet, however, is the intense pride I feel for my father–scholar, aesthete, physician, entrepreneur, grandfather and an impeccable father figure–is reciprocated with zeal.
Happy Birthday Dad, I love you lots!
Posted by Saurabh Sharma at 10:10 AM No comments:

No Rest For The Wicked

The path to the beach starts outside your front door. As I reflect on my life–what I want to do and who I want to do it with has become a little more sparse, a little more selective. And I am enjoying my time immensely. I am also enjoying my domestic life in a way that is fulfilling and I am happy in my skin. I am excited about new developments and working with some superbly talented and lovely people. What I want to do in my work and in the way I live my life is reach out a bit more and make it better. Each of us is responsible for looking at what we do, and in my particular job that's trying to tell stories that reflect or appeal to as many people as possible. The international appeal of the bridges formed through creative work are really one of the most exciting elements. It's about communication. Good music does that. A good film, good art, fashion does it and a good day at the beach can do it as well. Hear the whisper of the ocean within your ear.

Posted by Saurabh Sharma at 9:44 PM No comments: