Sporting Blazer Glory: Represent Who You Are

Appreciation for a particular genus of men’s tailoring can become a magnificent obsession. Such is the case with Jack Carlson, whose anthology Rowing Blazers was published by Vendome Press this year to coincide with the 175th anniversary of the Henley Royal Regatta. Alumni of the international rowing clubs photographed for the book attended the launch party at both London and New York Ralph Lauren flagship stores. Rowing Blazers gives a glorious, inspiring view into a world of elite athleticism.

The rowing blazer began to assume the reputation as plumage for varsity peacocks in the twilight of the Victorian era. Carlson quotes Grant Allen’s 1895 novel The Scallywag, pondering the theory that “a manly man seldom looks manlier than in boating costume.” He evokes the Edwardian glamour of the university rowing fraternity parodied by Max Beerbohm in his 1911 novel Zuleika Dobson, in which the eponymous heroine so bewitches the fictitious Duke of Dorset that he attempts to drown himself in the River Isis, leaping from a punt, resplendent in rowing mufti.

Carlson is an affable, elegant guide to the traditions and eccentricities of the rowing fraternity and must have earned copious air miles meeting today’s champions on location at international boathouses, campuses and team rooms. We meet the formidable Academic Rowing Fraternity of Westfalen – founded in 1891 and supported by Kaiser Wilhelm II, who declared, “The more Germans go out upon the waters, whether it be in races or regattas, or in the service of the flag, so much the better it will be for us”; juxtaposing a preppy portrait of two handsome chaps wearing the distinctive dark-blue-one-button blazer with turquoise and white trim, and madly Ruritanian frogged ceremonial uniform worn with breeches and black jackboots.

In the book, Oxford and Cambridge rowing clubs dominate, though he navigates us towards sublime slipstreams such as the Inverness Rowing Club green, red and white striped blazers worn by Al Sinclair with clan tartan kilt, and the Henley’s Hampton School Boat Club “curtain blazers,” of which only 10 were cut from drapes emblazoned with the school’s coat of arms. Personal favorites include the yellow-and-midnight-blue wasp-striped blazer sported by the Royal Hong Kong Yacht Club and the two tone desert camouflage blazer designed for the British Army Rowing Club.

There is, of course, something arcadian and nostalgic about the portraits taken predominantly by principal photographer FE Castleberry, though the posing is complemented by action shots of historic races such as Oxford versus Cambridge, the Royal Canadian Henley Regatta and Boston’s Head of the Charles Regatta. One can always trust Eton College, whose ‘Eton Boating Song’ – first performed in 1863 – praises the “old light blue” rowing blazers still worn today, to oblige with the most eccentric sartorial tradition connected to the noble sport.

Eton’s Procession of Boats, first performed to celebrate King George III’s birthday in 1793, is celebrated annually with 10 crews dressed in 19th century naval ratings’ uniforms, their straw boaters decorated with elaborate floral bouquets – the result of stiff competition between house dames. Perhaps the most startling portrait is of A. S. R. Club Nereus President Philip van de Linde wearing one of the aforementioned Netherland antique blazers, deconstructed as ‘90s Maison Martin Margiela, with the initials of each wearer crudely embroidered beneath the jacket’s lapel.

The ladies and gentlemen photographed for Rowing Blazers all conform to a Ralph Lauren-esque idyll of preppy, athletic beauty, which shows off the sometimes gaudy, always glorious club blazers neatly. Like club ties, boating club colors can only be worn with integrity by competitors and champions. Carlson’s amusing book will doubtless inspire many oarsmen and oarswomen to appropriate bolder colors and trim when he or she next orders a bespoke summer blazer from his or her tailor. 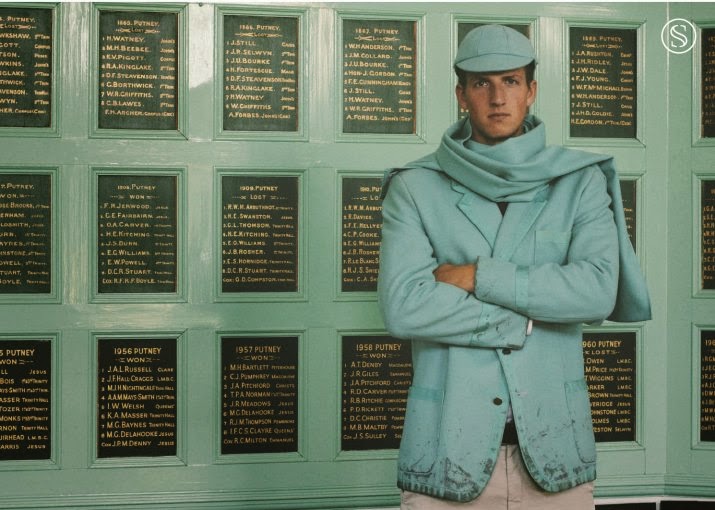 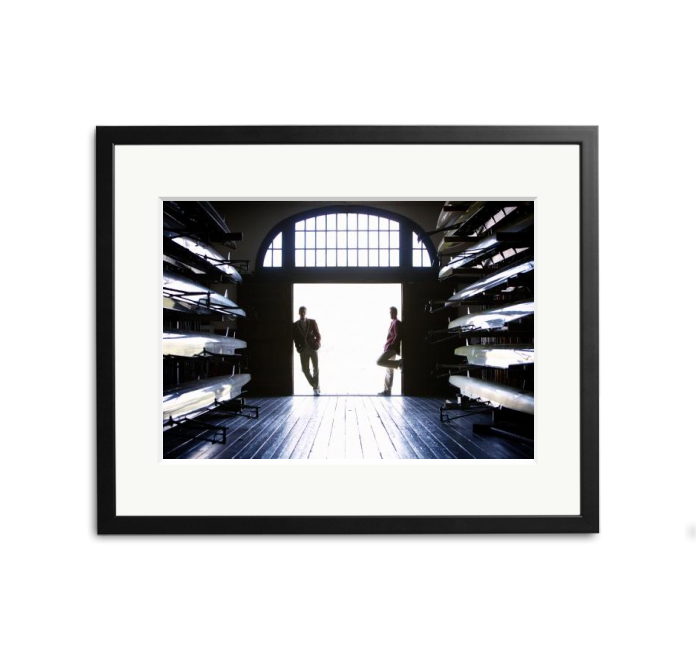 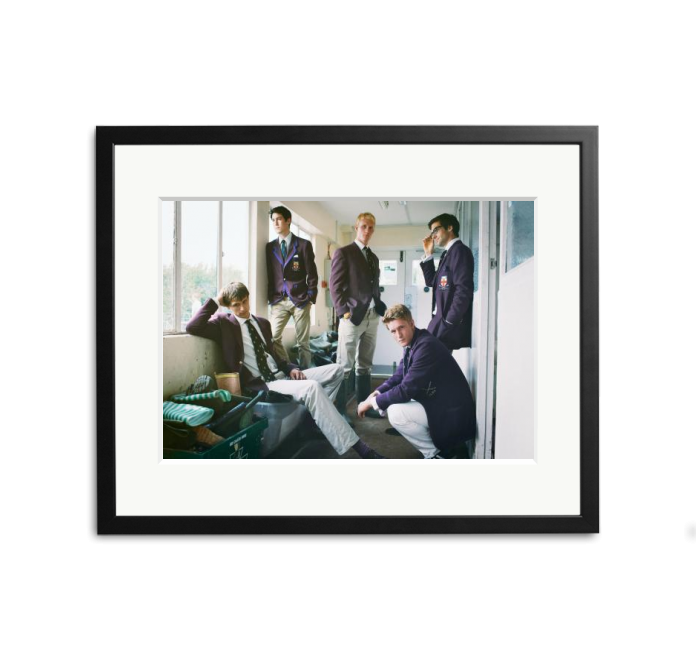 Posted by Saurabh Sharma at 8:01 PM No comments: