The beauty of living in the hills above San Carlos depends on which mountain you sit upon, because you can view San Francisco or Palo Alto and even deep into the apartments of San Jose. The thrill of living in homes with views is that once you've owned one, it's immensely difficult to live anywhere else. The air is better up here, of course, and so is the weather. Food tastes better. People are friendlier. Most people who own homes with majestic views shun the television and prefer the pursuit of the great outdoors. Why would you waste time watching a big screen TV seated on a sofa drinking soda or beer and getting FAT when you could be outside enjoying California's golden sunshine? Tonight we hiked a trail in our backyard and picked fresh berries off the vine. This area is also well known for high-calibre public schools. My son begins kindergarten in a few months and he is ready for it. As for now, we are happy to be nestled on this beautiful mountain. Ha. 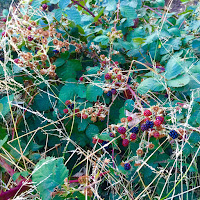 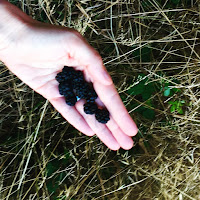 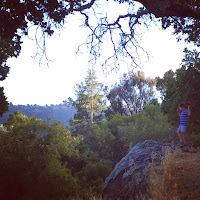 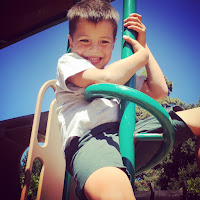 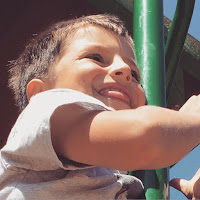 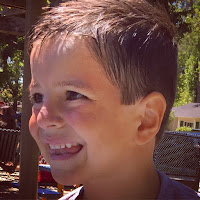 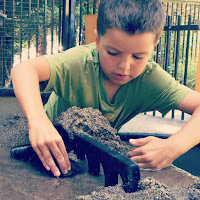 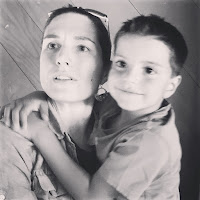 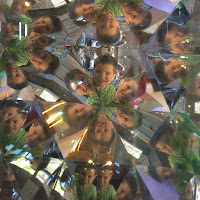 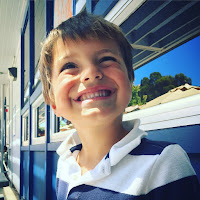 If The Music Is Good We Dance

V.R. experiences, as they’re often called, can be fictional or journalistic, narrative or open-ended. They can look like small-budget movies, big-budget video games or experimental art pieces with no obvious precedent. Some are called cinematic V.R. or V.R. storytelling, to distinguish them from pieces made for more practical ends, such as architectural modeling or P.T.S.D. therapy.

One of the main challenges for storytellers is learning to think in terms of spheres instead of rectangles. Cinematic grammar no longer applies. There is no frame in which to compose a shot. An actor who directly addresses the camera isn’t breaking the fourth wall, because the viewer is already in the middle of the action. The viewer can look anywhere, so the director often adds subtle visual or auditory cues to indicate where to look, or to signal that the viewer’s gaze can wander without missing anything important.

Tracking shots must be steady and slow, because too much camera movement can cause discomfort—viewers have reported headaches, vertigo and nausea. For the same reason, most V.R. experiences last only a few minutes; more sustained stories tend to be divided into episodes. In “passive” V.R. experiences, you simply enjoy the ride; in “interactive” ones, the environment responds to your choices. Some interactions are simple, relying on nothing more than the orientation of the viewer’s head. In an elegant game called Land’s End, you look around a serene, vividly colored landscape until you see a white orb floating at eye level. If you stare at the orb long enough, it pulls you inside it. Then you look for the next orb, which pulls you forward, and so on; without instruction, you intuitively navigate your way through a V.R. environment. Other interactive experiences use more complex hardware, including hand controllers and body-tracking sensors, to simulate such activities as painting and mini-golf.

More sophisticated V.R. headsets have been available to developers for about two years, in prototype form and are now reaching the market. The Oculus Rift, which produces precise localized audio, sells for six hundred dollars. The HTC Vive, a “room-scale” system that uses laser emitters to track a user’s movement within a fifteen-by-fifteen-foot space, costs eight hundred as does LeEco's ExploreVR. The Google Cardboard and the Samsung Gear have been on sale since last year.

The tech is advancing astoundingly quickly. Humans are good at picking up language, including visual language, but first it has to be invented. Television broadcasting began in the nineteen-twenties, but it took decades for TV to become a medium. In the thirties, actors were filmed standing in front of microphones as they read scripts of radio plays. Movies also began as filmed theatre, but directors learned to use the camera to heighten emotions. To represent James Stewart’s fear of heights in “Vertigo,” Alfred Hitchcock introduced the “dolly zoom,” in which the cinematographer moves the camera backward while zooming in or vice versa. The dolly zoom came to signify a moment of great revelation or terror, and it was used at pivotal points in motion pictures “Raging Bull,” “Pulp Fiction,” and “Poltergeist.” It’s not clear whether zoom lenses can be used in V.R.; as far as I know, no one has tried yet. Nor do V.R. directors use montages, dissolves, or split screens—though these are all technically feasible, they might seem abrupt or confusing to the audience, who are learning to watch V.R. while its makers are learning to make it. There’s minimal editing, because we’re still figuring out how to do it. Other V.R. directors are experimenting with what might be called a leap cut, in which the viewer is transported, sometimes with an audible whoosh, from one part of the scene to another. We’re watching the semiotics come together in front of our eyes.

For most people, normal reality is virtual reality. Current reality is the matrix of all possibilities. Eventually, V.R. software could be calibrated to the user’s body: there might be ways to keep track of pulse, or galvanic skin response and deliver different experiences in reaction to that.

Outside of fiction, "virtual reality," like "angel food" or "infinity pool," is an evocative phrase that can be disappointing if taken literally. An Oculus headset provides no taste and no touch and it registers only head and hand movement. You never fully lose yourself in the simulation, if only because you're worried that it's impossible to look respectable wearing a plastic face mask. Primitive head-mounted displays were invented more than half a century ago. The Headlight, built by Philco, in 1961, used magnetic head tracking and separate video projections for each eye. There was a wave of V.R. hype in the eighties and another one in the nineties, but only now has the technology become sophisticated enough for the wave to crest. 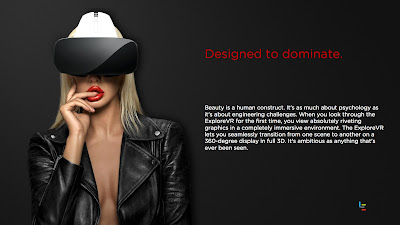 A Future You Can Believe In: See, Discover, Dream And Create

My son is fascinated by water. He loves to swim in it even if it's ice cold in a refreshing sort of way. We both know that summer has arrived in an eternal sense when we are spending time together at the beach. My son is a tall, athletic, energetic and handsome five years young. He loves to spend the early part of an afternoon learning how to be properly dashing into the waves—running in and out of them with such energetic force that seawater streams from his nose. Or running into the ocean till he is fully submerged and swimming back to the shore. Although he is a good swimmer, I often have to get into the ocean with him just to make sure. Then the tide starts coming in, and it becomes time to build sand castles.

Here is an essential human pleasure: to fill your hand with sand, turn it over, and call it architecture. We pick a spot. It is prime sand real estate—towards the top of the hill, with perfectly sloping moist sand—but also, high risk: our work once complete would in time fall as the tide returned. In only a few minutes, Cadence has flung together a hamlet of sand mounds protected by a low, curving wall. I dig a moat in front of it, to slow the first waves when they come, and build a break-wall in front of that. My son looks on with gleeful amazement. “We always have this much fun!” he declares with delight.

Nietzsche once argued that you can gauge a man’s relationship to time by the way he builds a sand castle. The first man, he wrote, will proceed hesitantly, intent on craft, fretting all the while about the inevitable return of the waves and shocked by his loss when they finally arrive. A second man won’t even start building: Why bother if the tide will only destroy it? The third—the paragon of manhood, in Nietzsche’s view—embraces the unavoidable and throws himself into the work regardless, joyful though not oblivious.

I would like to think that I belong to this third category, and I see myself all too keenly in my son. He has started his own construction project—a small mound that he had patted and sculpted into some elegant shape—beyond the protective wall of the sand town.

My son stands facing the waves, his arms outstretched, the grin of ages on his face. He is a giant. He always looks happy, and I love every moment we spend together on the beach in Aquatic Park in San Francisco. 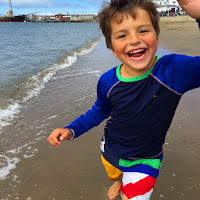 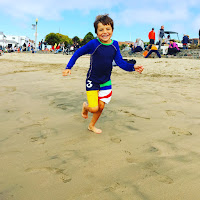 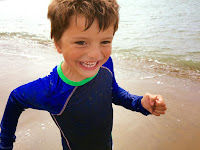 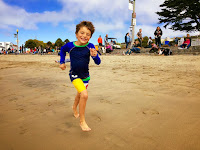 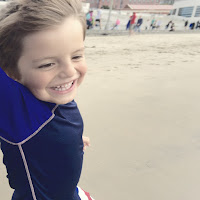 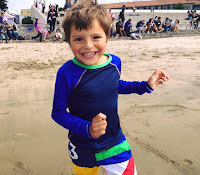 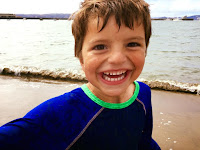 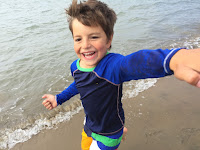 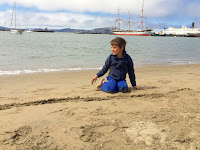 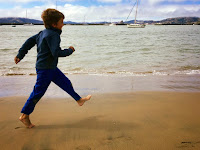 Jumping In Puddles: USA Represented By 52 Crews At The 2016 Henley Royal Regatta

Rowing is a sport, unlike others, that places endurance, physical fitness, teamwork and commitment to the crew above all else. There are no personal victories or losses. The crew wins together, and the crew loses together. Responsibility is endured by all, equally, always. The very embodiment of rowing is the challenge if offers to the human spirit – to push and pull in pursuit of a higher level of excellence, to go beyond the limitations of individuality where the rules and pace of the game are set by none other than the crew as a whole.

At the 2016 Henley Royal Regatta, 52 crews represented the USA from 31 different rowing clubs and universities. Fresh from victory at IRA's the University of California was entered in the Visitors', Temple, Ladies' and Diamond Cup. In the Grand Challenge Cup, the New York Athletic Club was entered to compete as were US Rowing training center's women' eight who had won gold at world's in Lucerne just prior to the regatta. While American crews only represent a small portion of the competition at Henley, USA rowers performed well.

This year's Henley Royal Regatta was not short on excitement, crashes, upsets and even controversy. The second year of Sir Steve Redgrave's tenure as Regatta chairman has seen a record entry of 629 crews, including 52 US crews–in itself a record, and up 45% on last year's figure of 114. There is something special about Henley. Or rather, many things. It's unique in the rowing world in terms of both its format as well as bringing together virtually every level of the sport. It's among the world's most historic and historically significant sporting events. And this year was certainly one for the ages.


The last twelve months have seen two key factors that have contributed to the Henley’s popularity. First, the award-winning live coverage on YouTube and on Facebook has been widely lauded. Second, aside from the Olympic Regatta, perhaps no other coverage has ever captured the sport in such idyllic style, with the aerial drone coverage illustrating both the nature of the course and the beauty of this famous stretch of the River Thames. It's a great art, is rowing. It's the finest art there is. It's a symphony of motion. And when you are doing well, why it's nearing perfection. And when you reach perfection, you're touching the divine. It touches the you of you, which is your soul. This is why we row.


Posted by Saurabh Sharma at 8:01 AM No comments: