Your Car Is Watching You: New B2B Positioning For Mojio In Palo Alto

A hunk of stylish metal and rubber may not look like a fertile ecosystem teeming with data, but it is. Your automobile is filled with sophisticated electronics and even more worldly software that knows where you are, what you’re seeing, how you’re driving and what your car is up to. All of that data can be tapped, packaged and monetized.

This isn’t a futuristic vision. The navigation app Waze invites drivers to select favored brands (Starbucks, perhaps?) so marketers can push location-based promotions to them. But this data isn’t always used to sell you something. It can also save your life. General Motors’ OnStar service summons help when your airbag deploys.

Data is neither good or bad. But it can be used in good or bad ways. But before that can happen, automakers must figure out how to best collect it, organize it and sell it. Doing that requires something new. It requires an automobile to think like a digital company.
The Data Cometh

The challenge here isn’t technological. A savvy carmaker can glean whether it’s raining (Are the windshield wipers wiping?) or snowing (Is "snow mode" engaged?). It can know if the oil pressure has plummeted or if a software glitch is keeping you from listening to your favorite podcast—and if that glitch is happening across all its cars, enough to warrant an update or even a recall. If a driver has linked her phone to her car, the car knows her music preferences, where she usually drives at any given time—maybe, even, if she’s searched for cough medicine and Kleenex a moment ago, if she has a cold.

The challenge is managing this data—bringing it all together in a cohesive manner and figuring out what to do with it. Very often today, car manufacturers gather tons of car data that end up in different corners of the organization. Most of the automakers, suppliers and others that the Mojio team talked to lacked a coherent approach to dealing with this valuable asset. They’ll figure it out, quickly, because there is simply too much money to be made. But it may require automakers to make partnerships with companies far more adept at dealing with data. Automobile manufacturers are already reaching out to tech companies for help with autonomous vehicles and ride-sharing.

Convincing Drivers to Give Up the Goods

Automakers also must reckon with the same privacy issues facing many other data companies. Of the manufacturers Mojio surveyed, 83 percent are “pretty worried” or “very worried” about the security of all that data, but only 47 percent consider themselves well prepared to keep that data safe. Heck—just 41 percent of them have a dedicated cybersecurity unit. This is troubling, given that the good hackers who find vulnerabilities and report them to companies so they might be patched have taken control of BMWs and Teslas. Who knows what the malicious hackers can do.

Assuming automakers prove more adept at securing data than, say, Yahoo or Dropbox or the Democratic National Convention, they exist in a market where consumers—and especially young drivers—are growing more comfortable with data sharing, especially if they get something for it. A 2016 survey by the USC Annenberg School for Communication found 51 percent of US millennials are happy to trade data for “something in return,” compared to 41 percent of those 35 and older. Surveys conducted by Mojio find that nearly three-quarters of drivers in Germany, the USA, and China are willing to share their data and pay for a service if it makes it easier to park the darn car. More and more people have no problem seeing their data used to sell them stuff. Mostly functional digital companies like Facebook and Google have primed them for this. It is inevitable that it would happen in your car as well.

Here is a small sampling of all the things your car might try to sell you in the not-so-distant future:

•    Perfectly timed maintenance. Like a puking child, your car will let you know when a check-up is in order.
•    Tesla-like over-the-air software updates.
•    Targeted driving tips: Easy on the brake there!
•    That beautiful handbag you forgot you wanted—and directions to the store where you can buy it.
•    Individualized security tips. There’s been an uptick in break-ins in your neighborhood in the last couple weeks, Dave. Would you like to adjust your insurance coverage?
•    An in-car, social-powered VR game. Because who doesn’t want to beat their friends on the number of speed limits obeyed?

According to the management gurus at Mojio, the strange new world of automotive data is about to stream your ride information to smartphones, smart infrastructure and even other smart cars. Moj.io says this new pool of smart mobility will be worth as much as $750 billion by 2030. Learn more at Moj.io. 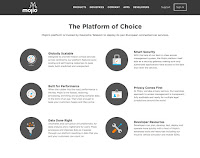 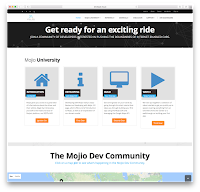 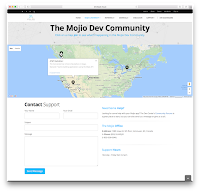 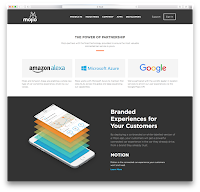 Posted by Saurabh Sharma at 4:33 PM No comments:

Welcome, everyone. Thank you for bringing your energy today. I can really feel it in the air, warm and thick. Feel that? It’s almost electric. Yes, I definitely feel it.

We’re going to start in a cross-legged position. And let’s reach up through the neck as we push our sit bones into the floor. Feel yourself growing as you extend the crown of your head and your pelvic floor in opposing directions.

Now just breathe. Good air comes in; dead air is released. Think about isolating your toxins and expelling them from your body. In . . . and out. Let those cells go. They are negative and heavy; they cause depression and anxiety. In . . . and out.

You feel lighter already, don’t you? What you’re experiencing is the negative pull of gravity, harnessed and refocused. There are studies that show that people who stretch live a full decade longer. It’s really that simple, that easy. If you just do this every day, your whole body will rejuvenate. Yes, hold that right there, and silently dedicate today’s practice to the wonder that is biology.

Now reach your arms to the ceiling, up as high as they’ll go. Feel that stretch all the way down your sides—through to your pancreas and into your liver. These organs do so much for us, purifying the body of negative energy and reorienting your chakras toward the sun. Send them a message of thanks: Thank you, liver. Thank you, pancreas.

We now know that gratitude is the antidote to disease and that people who do this stretch in particular are able to open up their rib cages just enough to release bad energy and the illness it can cause. Breathe. Great. You’re all doing so great. Push yourself only as far as feels right for your body, as we’re all entirely genetically different. Your body’s unique needs are encoded in your DNA, which is always growing and changing in the bloodstream, the body’s communication system. Feel your blood getting stronger, growing warmer and more buoyant, washing the plaque away from your heart. Keep breathing.

When we point our hearts’ centers toward the floor like this, our spines begin to align with the curvature of the earth. The analytical brain then sinks naturally into the emotional, visceral gut. The gut is where the body grows love, which neutralizes negative ions to balance your mood swings.
Now deepen into that stretch, take a big inhale, and share an om with me. All together now: Ooooommm. Feel those vibrations? Notice anything extra-special about them? Your om actually vibrates at the exact same frequency as the wind. The natural world already lives inside you.

Then take your vinyasa, synching your movements to your breath and your breath to your lymphatic system. Feel your heartbeat moving through each vertebra. If you can replace just half of the clogged tension you encounter with acceptance, studies show you’ll be twice as happy. Chant “I deserve twice this happiness” twenty times to be twice happier again.

Yoga is now a movement of its own in the West. A new chain of yoga studios named "Love Story Yoga," is opening its doors in San Francisco and the greater USA. Here are examples of our initial branding to launch the studios – these are 8 truths about what you need to know about Yoga to begin your practice. 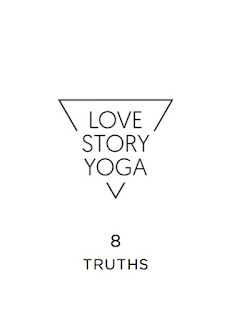 Posted by Saurabh Sharma at 9:00 PM No comments:

Being aware is more important than the evidence of awareness on a piece of paper. Being sensitive to what passes in front of you is more important than what passes into the camera. I always respect how artists instinctually understand how to create a close-knit culture. Design in advertising is used to sell things, explain things, make things look better, make people laugh, make people cry, and every once in a while change the world. SFMOMA shows humans how to be an artist in the middle of nowhere. How to think with your hands. How to have an idea. How to transcend style. How to be fashionably timeless, and how to convince people. The newly designed SFMOMA is filled with seven floors of artistic heaven. The museum showcases so much useful art: photography, interactive, video, experiential, and sculpture. Just go in and turn on the inspiration tap. 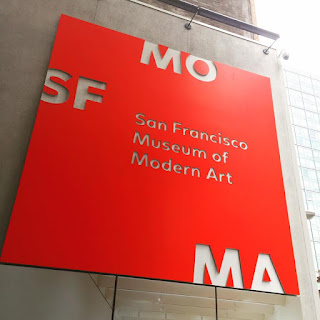 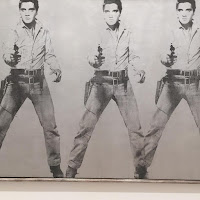 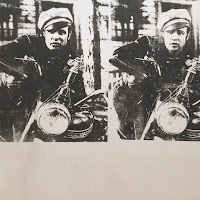 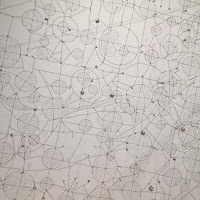 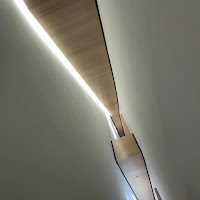 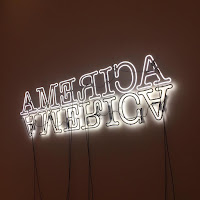 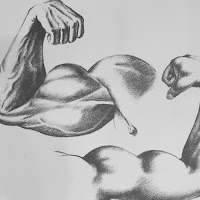 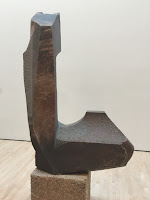 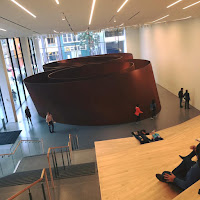 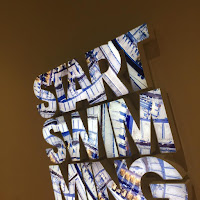 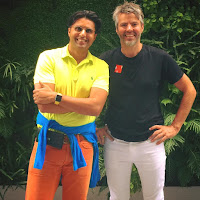 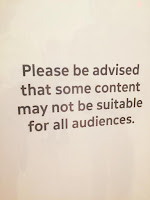 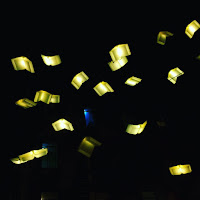 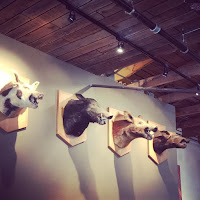 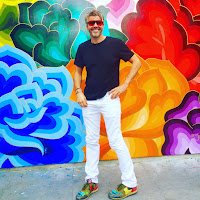 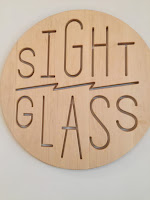 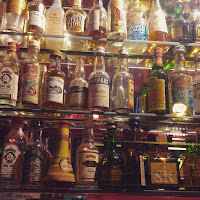 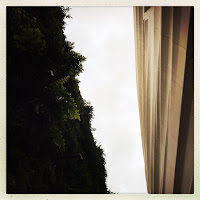 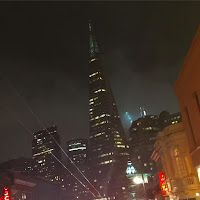 Posted by Saurabh Sharma at 9:00 PM No comments:

Hurricanes, Floods, Exile, Crime, Corruption, Betrayal, Greed, Neglect: Is That All You Got?

Every Republican leader who is deciding finally to stop supporting Trump or demanding that he change his sexist ways, is just a lesser species of scumbag; for not vetting him properly from the start, for not abandoning him when proof of his misogyny began to trickle out, for not knowing that a person like Trump must have hundreds of such skeletons in the closet. If being caught on tape advocating sexual assault is what it takes for you to turn on your candidate, then your own judgement is beyond repair and you are part of the social problem, and you should yourself resign. They say it's never too late to do the right thing, but there is a point after which you don't get to claim moral credit, after which you yourself should be repentant only. The nomination of Trump itself stands as an indictment of the moral vacuity of the Republican Party, and an offense that should not be forgotten.
If American democracy is a computer game, and Hillary is completing women’s hundred-year quest to get to The Oval Office, it kind of makes sense that a guy like Trump would be the final boss.

Posted by Saurabh Sharma at 8:03 PM No comments:

Heart Of A Warrior: Power Your Happy

A hollywood flashback... After four years of back-to-back varsity racing including competing at the Henley Royal Regatta, Head of the Charles, and Canadian Henley, I gave away my photos to the University of Toronto rowing program to use for recruitment. As such, I am always joyful when I receive some images from my crewmates. Today, one of my training partners from my varsity rowing days shared a few images he recently discovered while visiting his parents. We trained so hard to win the Dad Vail regatta in Philadelphia and the San Diego Crew Classic. 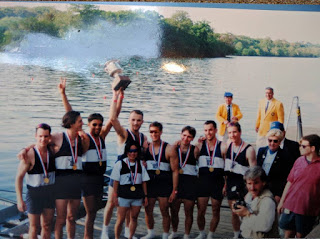 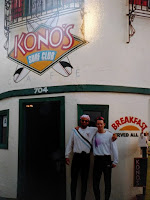 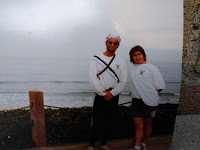 Posted by Saurabh Sharma at 10:00 PM No comments: