As a new wave of immigrants, mostly from India, China and Latin America are changing America's demographic makeover in the 21st century, we need a President that speaks to the humanity and community of the lives of millions that call our nation home. I say this realizing, there would be no Trump presidency without a "Make America Great Again" campaign centered on immigration and the systematic exclusion of Muslims and immigrants as the country's ultimate bogeyman. Factually: according to Pew Research, approximately 11 million of the 43 million immigrants living in the USA are here illegally.

My mother and father were immigrants. If they had a heinous plan in mind, they have not fulfilled it yet. In my 18 years in the USA, I have lived in cities surrounded by all kinds of people, where diversity is as tangible as the people walking the streets. This is a very different America than the Trump supporters white America. For white Americans who live in homogeneous communities, one of the chief ways they are exposed to immigrants – the same immigrants who are making America less white – is through pop culture.

Dark skin immigrants are continually casted in American film and TV shows as drug dealers, maids, nerds, criminal musicians, terrorists and heavily accented, exotic sexpots. When immigrant storylines are featured on television, many of the stereotypes have no factual basis, such as immigrants as criminals. According to research by the Cato Institute, a libertarian group, "Immigrants are less crime prone than natives or have no effect on crime rates."

There are bright spots, however, and they shine even brighter in our gloomy political environment. While streaming a recent episode of Fresh Off the Boat, now in its third season on ABC, I had to pause the show, just to make sure I really saw what I saw: Taiwanese immigrant Jessica Huang, brilliantly played by Constance Wu, goes through a roller coaster of emotions – frustration and confusion, embarrassment and desperation – as she sits through an interview to become a naturalized US citizen.

As I finished the episode, I realized that stories like Huang's are exactly why we need to watch in the Trump era. At a time when many Americans have lost trust in news media – the accurate, humanistic portrayal of immigrants in popular culture will be crucial in countering harmful rhetoric and rampant misinformation. Fittingly, the Fresh Off the Boat episode was titled "How to Be an American." 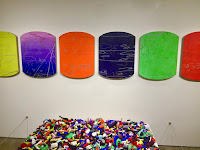 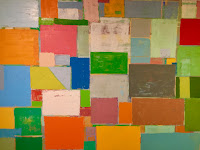 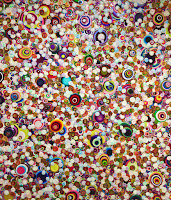 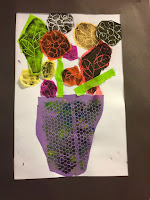 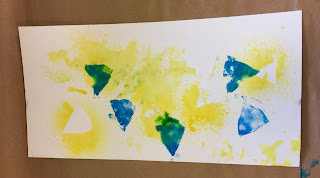 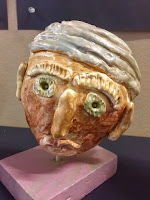 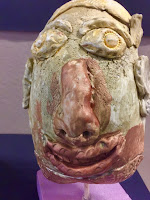 Posted by Saurabh Sharma at 5:00 PM No comments:

Why Do People Fall For Fake News? 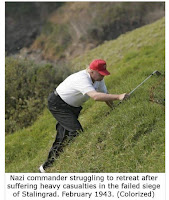 Never before in modern history have we had a president so ill-informed, ill-tempered and ill-equipped to deal with the major issues that face our country. Chief among the disastrous consequences of our ailing political future is the election of a consummate bullshitter and seemingly pathological liar as president of the nation.

"Fake news" sounds like the satire of a late night TV show. Everyone is in on the joke and that kind of "fake news" can bring us to new perspectives and a greater understanding of ourselves and our world. But the kind of malicious or purely mercenary false news stories we've seen in recent months is something else entirely: hoaxes about Obama bugging Trump's office are designed to distract viewers and grievously mislead the public about the relationship the Trumpster had with Putin. Whether churned out by Russian trolls, Macedonian teenagers making pocket money or unprincipled political operative, false stories are more likely than real news articles to go viral on social media today.

Why do people fall for this stuff? It seems to have something to do with the way our social media networks are constructed. We're more likely to pay attention to the final source of an article the person who calls it to our attention - than to the original source. With sites like Facebook feeding us self-selected and self-reinforcing media, we begin to have a real problem.

That's especially true given the outsized megaphones wielded by celebrities and politicians, who can reach millions of people with a single blog post or tweet. If they, like our celebrity President, don't give a damn about the credibility of the source they're retweeting, truth doesn't stand a chance.

Trump's lying is, like everything about him, hyperbolic to the point of self-parody could give fact-free reporting more power. We may expect politicians to fudge the truth in the heat of battle, but Trump displays a contempt for the very idea that someone in his position should be expected to confine himself to true statements. On the stump he continues to repeat falsehoods that have been debunked. He tweets false and racially inflammatory information distributed by white nationalists.

Trump's epistemological netherworld is a place where facts are meaningless, knowledge is useless and nobody can really know anything. One of Trump's main surrogates recently took it even further, saying there's no such thing as facts. "No such thing." This worldview will come in handy for the people he is appointing to lead federal agencies whose public service missions they oppose.

In the face of this wreckage, it is sadly unsatisfying to note the hypocrisy of Trump's evangelical supporters who claim to speak for truth and who are fond of criticizing liberals for more relativism. Mike Pence even suggests we should find Trump's lies about voter fraud, Obama wiretaps and immigration "refreshing."

Trumpism could not have triumphed had the path not been cleared by right-wing pundits who always have acted more as political propagandists. Trump's relentless, belittling attacks on the credibility of the media were preceded by a long-term campaign by right-wing operatives to discredit "the liberal media." Clearly Trump's attack-the-media strategy is not going to end anytime soon. In a world in which traditional journalistic gatekeepers already have lost much of their power, Trump wants to further defang anyone who wants to hold him accountable.

It's hard to know how to deal with the prevalence of misinformation in a society in which we revere freedom of expression. There are a lot of smart people working on technical ways for companies to identify sites that peddle hoax news and warn readers about them and deny them ad revenue. But there is a bigger civic challenge facing all of us.

A recent study by researchers at Stanford University evaluated the ability of middle school, high school and college students to distinguish between actual news, bogus news and advertising in the media they consume online. The result: "bleak." It is clear this problem is not restricted to the young, and we join the researchers in their worry that democracy is itself threatened by the ease at which disinformation about civic issues is allowed to spread and flourish.

There is an urgent need for more and better civic education in our schools, and that must be joined by efforts to foster media literacy and critical thinking. And it now seems just as urgent that we find a way to build into our broken political culture a greater respect for telling truth. We can start by adopting our own zero-tolerance policies for fake news and insisting that media and public officials continue to seek and speak the truth about Donald Trump and the flabbergasting group he is choosing to run the government.
Posted by Saurabh Sharma at 4:00 PM No comments:

Bring On The Dancing Horses 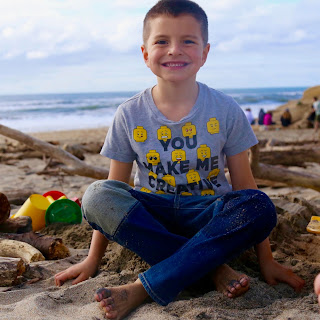 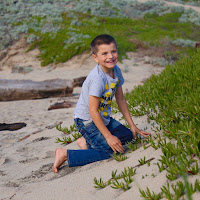 Posted by Saurabh Sharma at 11:00 PM No comments: