Appeal To All Audiences To Boycott Chinese Goods 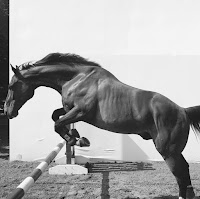 I was born in New Delhi, India during the 1970s in a country that has a vibrant culture and rich intellectual spirit. Recently, India and China have locked horns in an alleged dispute about land that China says belongs to it. The region is in the desolate part of the Himalayan mountains and the land where China wants to build a road is actually property of a sovereign nation–Bhutan, who has asked India to help protect their territory since they do not have a standing army. The last time China pulled a similar stunt was in Tibet, when they rolled in and took over an independent country known for spiritual traditions and immediately killed half the civilian population of monks and intellectuals. India is not going to let that happen again. As a true blooded Indian-Canadian-American, I have decided to boycott anything made in China. In 2017, China is run by a fascist regime of 70 men who have no regard for the truth. News is banned in the communist nation and the populace is brainwashed into believing the lies that the state sponsored communist regime considers to be in their best interest. Obviously, intellectual property is not valued highly and companies such as Google are banned for the freedoms they espouse, and majority of China's people work as slaves in sweat factories and have absolutely no rights. Recent threats of altercation between North Korea and USA have also made me wonder, who but China would have helped North Korea to develop nuclear weapons. Having a puppet Government in North Korea helps keep the heat off the unethical fascist government in China. Dhao Oh Lao Mo China. If you want to steal land, you are going to have to fight and die for it.
Posted by Saurabh Sharma at 11:43 PM